Sidescan Sonar is used to locate and visually depict objects lying on the sea bed. It is typically used for search and recovery where the objects may have fallen off vessels, been dumped over the side or even the vessels themselves may have sunk. It is extremely important to find and identify any objects that lay in berths and channels as they may pose a hazard to shipping.

Another useful application for the sidescan is pre/post construction such as cable lay projects. Cable positions can be checked to ensure they have been placed in the correct location and have navigated around features such as seabed rock.
The sidescan is comprised of a tow fish (torpedo in shape) that is towed behind a vessel and a topside box that receives the digital data and GPS positioning information. This system produces a visual monotone representation of the seafloor with any objects found on the seabed casting a shadow.
Each run of sidescan data can be overlayed to create a mosaic of images, these images have geographic properties which can be referenced on plans and charts. The objects found can also be measured for length, width and height. Identified objects may be investigated by divers or ROV surveys and subsequently removed.
Emergency services often use Sidescan for search and recovery of missing persons. Sidescan has also been used to locate historical wrecks such as the Titanic.
See also Sea Grass Mapping
See also Marine Geophysics 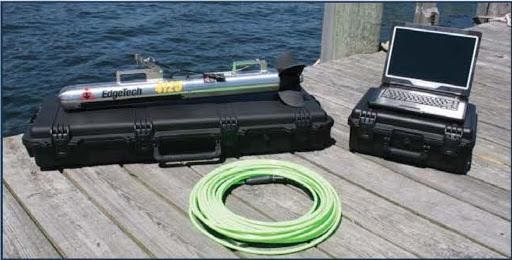 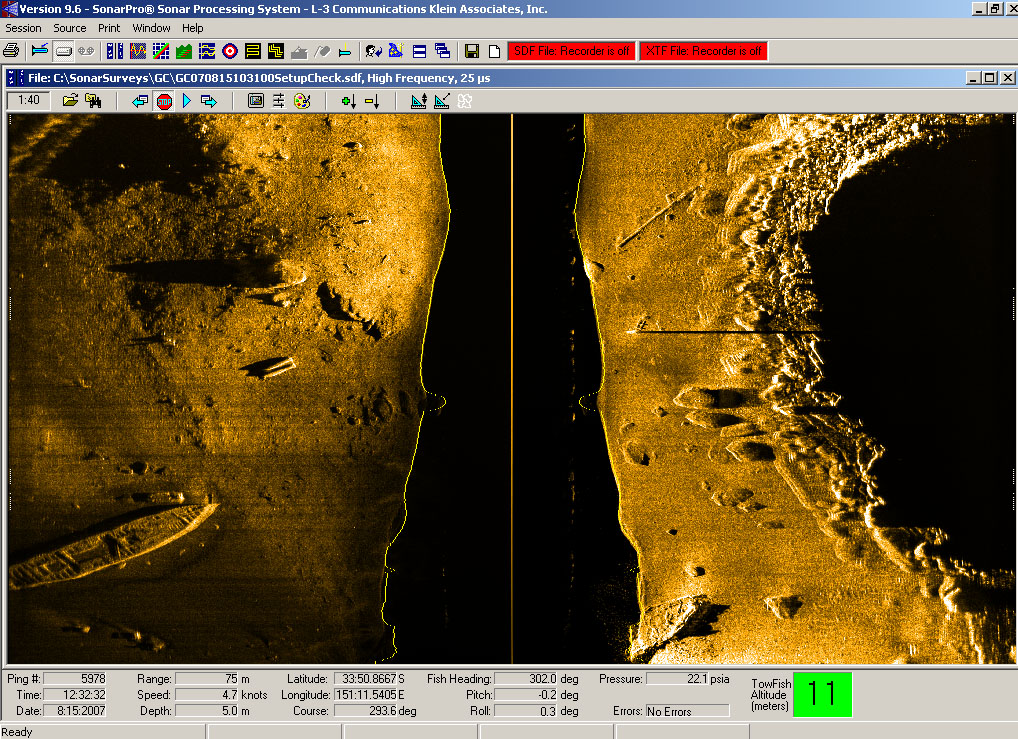 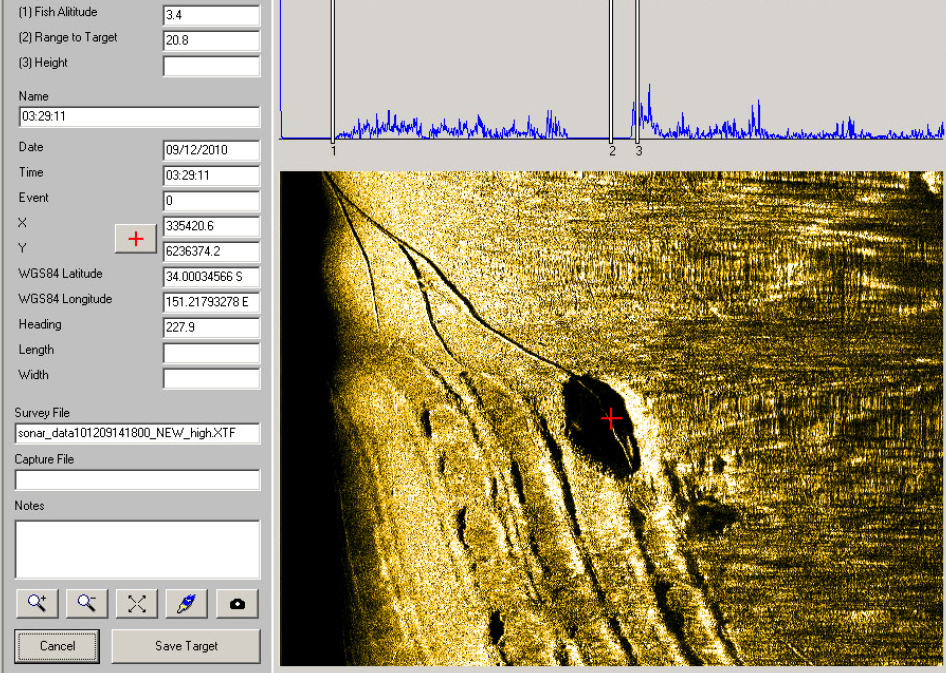