Astute Surveying was charged with the task of surveying a breakwater and river channel situated on the Mid North Coast of NSW.

The plan was to survey the underwater area with multibeam echo sounder technology and the above water area with mobile laser scanning technology. Both systems would have to work in a dynamic environment (on water). To compensate for this movement, both systems have incorporated into their respective systems GNSS/INS (Global Navigation Satellite System / Inertial Navigation System). The GNSS/IMU Data was logged on-board the survey vessel and then post processed with our onshore GNSS basestation to achieve the highest accuracy possible with this type of surveying.

Combining the Hydrographic data with Mobile Laser Scanner worked very well, however there were some areas that the multibeam and laser scanner could not reach and as such we devised a plan to survey those areas with an UAV/Drone.
The Drone was flown over the site taking several hundred photographs at predefined distances and set height above ground. The geo-referenced images were then imported into our software and processed. The resulting data set consisted of a 3d point cloud and an ortho rectified imaged over the entire site.
Both the laser scanned data and drone data were analysed by overlaying the two and running cross sections along and across the breakwater, we found both data sets comparable with each other, the laser scanner achieving more detail while the drone gave better coverage.
All three survey disciplines (Multibeam, Mobile Laser and Drone surveying) have proven to be great surveying tools with no one being able to provide the complete picture on its own, we found combining these disciplines is the future of surveying. 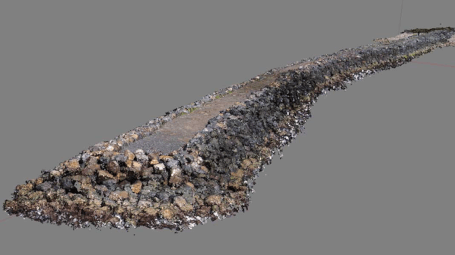 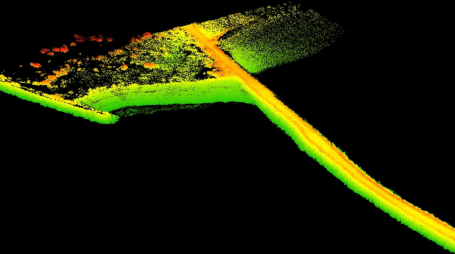 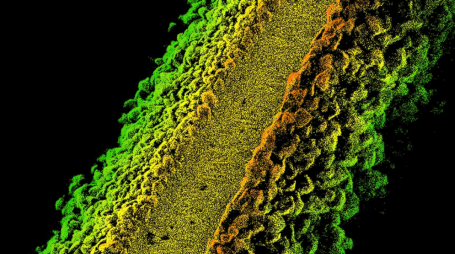