Recent developments in Mobile Laser Scanning (MLS) technology now provide the ability to collect vast amounts of accurate data in situations that may have been impossible or dangerous in the past. MLS systems can now be employed on cars to capture road information at high speeds, busy intersections that would otherwise have been too dangerous and on trains to survey rail tracks and ancillary services such as power cables.

Following these developments, it is now possible to mount a MLS onto vessels along with a Multibeam system and carry out survey in previously impossible to reach areas such as:
Combining the MLS 3D point cloud information and the Multibeam 3D point cloud gives an unmatched view on infrastructure.
Some of the applications for this combined data include: 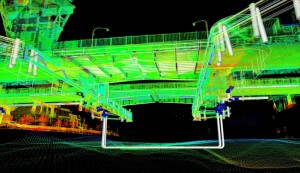 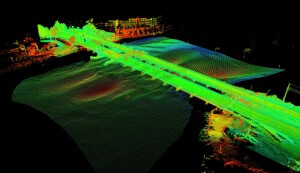